The first time we saw Angel, our hearts broke. Before our eyes was a very sad looking donkey - head down, ears flopped over, and a significant sway back.

For the past month, CAPE has been working with our vets to assist a local woman who reached out for help with a donkey who needs extensive medical care. The donkey, Angel, was not with a herd, had foundered multiple times, has overgrown hooves, and an abscess that formed in the left front hoof. She also has a fallen crest which is often caused by poor nutrition.
CAPE paid to have a full blood panel done and our vet-prescribed anti-inflammatories. The blood test revealed that Angel has Cushing's disease, a metabolic issue which causes inflammation, excess hair growth, weight loss, lethargy, and susceptibility to other infections. Angel's guardian realized that Angel's care was more than she could take on and she lovingly surrendered her to CAPE.

On Sunday, Angel came to live at the CAPE Animal Sanctuary. She is currently grazing in a separate pasture with another older donkey, and has already been given a full health check and hoof trim by CAPE's amazing vet. Angel has been started on pain medication, anti-inflammatories, and Pergolide - an expensive medication that will help manage the Cushing's disease. Soon she will slowly be introduced to CAPE's rescued herd of donkeys and burros.

We want to thank everyone involved in Angel's rescue. We will share more in the coming days! Angel is so sweet and doing very well with all the care. If you can, please help by sponsoring Angel today! 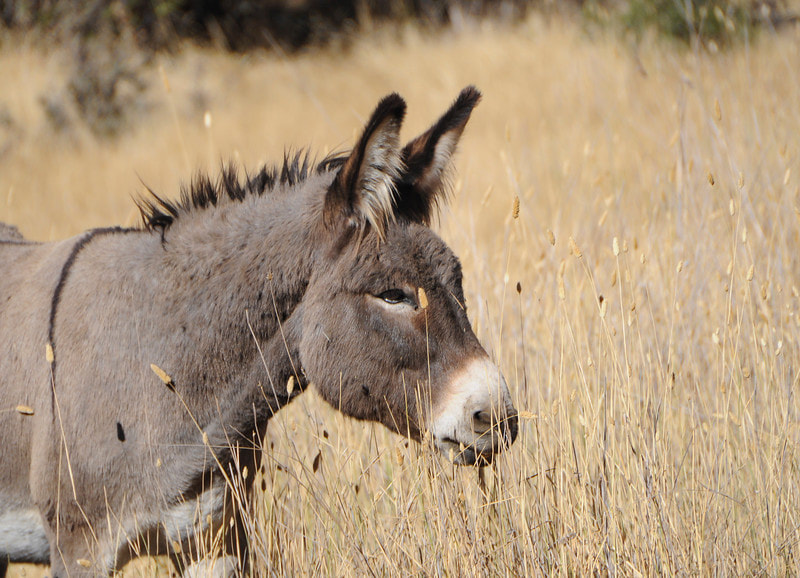 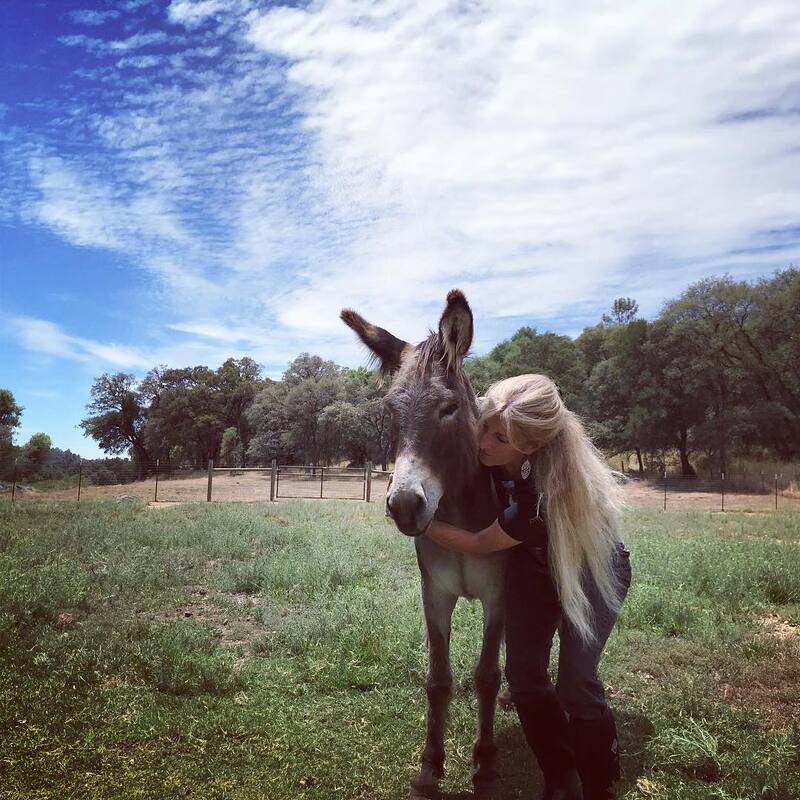 A team of CAPE volunteers traveled to Nevada in March of 2014 to rescue Billy, a burro who was found abandoned in the Nevada desert. He was transported to CAPE Animal Sanctuary immediately and has thrived in his beautiful forever home for the past five years.

​Billy is friendly, funny and sweet. You also haven’t met stubborn until you’ve met Billy- - often being the leader of mischief with his friends Pip and Penny. He has won the hearts of everyone who has met him. 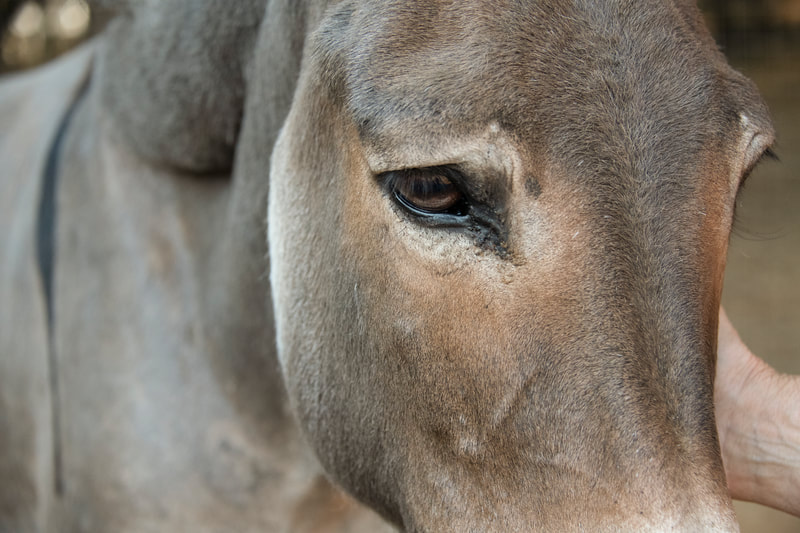 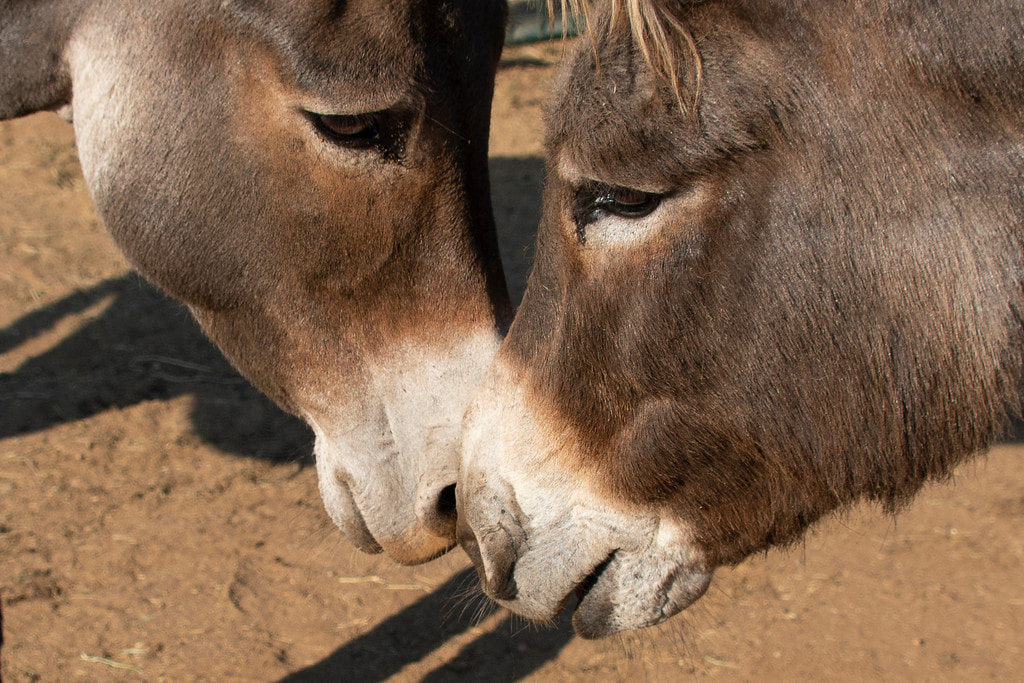 Penelope’s life before being rescued by CAPE was one of major neglect and her body still carries reminders of her previous life. Due to lack of proper nutrition, she has extreme fat pockets on her back. Her hooves were extremely deformed when she arrived at the CAPE Animal Sanctuary due to years of neglect.

​But today, after months of trims and care, her hooves look in perfect position. Her eyes have a sadness that moves your soul. But her spirit tells a different story about resilience and trust.
She’s gentle and sweet, loving and curious. Visitors are often found hugging her with her head in their arms (shown with visitors from Hilltop Commons Senior Living). She’s deeply bonded with the rescued herd, especially Billy and Pip. And it is a true honor for us to have her in our care.

Why does CAPE rescue donkeys and burros?

The Bureau of Land Management (BLM) chases wild horses and burros into holding pens using helicopters in order to use the land for cattle grazing.  The burros are separated from their herd and many are injured during the round-ups.
• Wild horses and burros are confined in holding pens where they can linger for
years. Many end up going to slaughter if they are not adopted.
• In some parts of the world, donkeys are used as “beasts of burden” living lives of abusive service.

What can you do to help end their suffering?

• You can help by adopting a plant-based diet. This will reduce the cattle industry’s impact on the public land that is home to wild horses and burros.
• Be aware of legislation that affects wild horses and burros. Voice your opinions to your legislators at every opportunity.
• An informative resource is The American Wild Horse Campaign
• Avoid any industries that use donkeys as “beasts of burden”.

Interesting Facts About Burros and Donkeys: